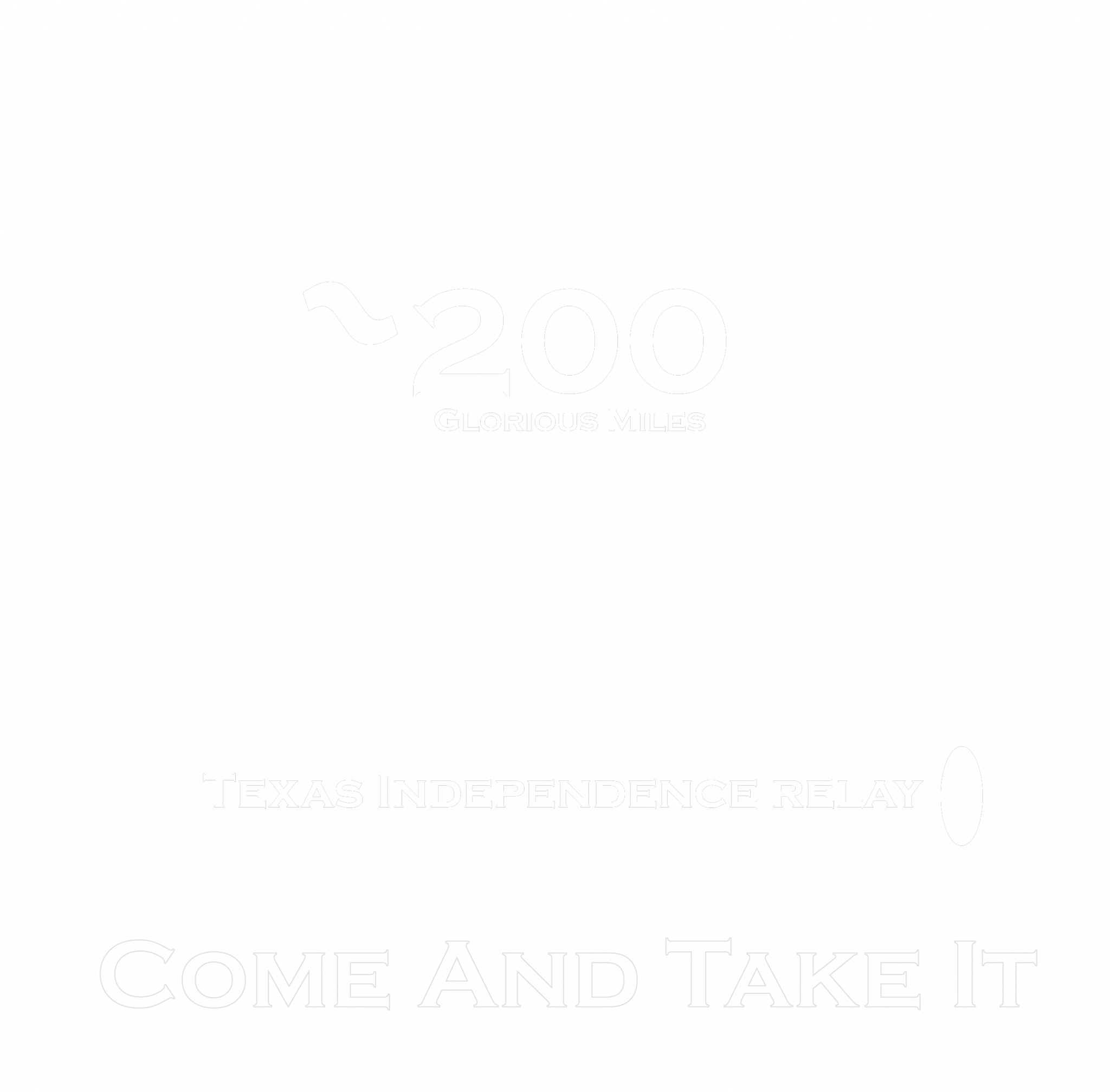 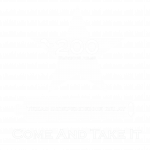 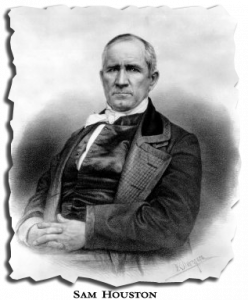 Sam Houston could not have predicted the events leading up to March 2, 1836, the day the Texas Declaration of Independence was signed (and Houston was named the Commander-in-Chief), nor could he have anticipated all that would take place before the conclusion of the Texas Revolution.

The beginning of the revolution is recognized to have taken place 5 months earlier, on October 2, 1835, in Gonzales. Mexican soldiers attempted to retrieve a cannon that was previously given to the American colonists by the Mexican government. Already demonstrating the spirit of independence, the colonists replied about the small cannon behind them, “Come and take it!” A skirmish ensued, sparking the revolution and the long road to Texas independence.

One week later, General Martin Perfecto de Cos led an initiative to reestablish Mexican control over the Gulf Coast, but this was thwarted by Texian dissenters who seized a fort at Goliad. Shortly thereafter, the Battle of Concepcion and the small surprise attack called the Grass Fight went beyond simply straining relations.

For the better part of a week, from December 5th to 9th, the Siege of Bexar became the first serious engagement that resulted in surrender by General Cos and the Mexican Calvary. It also greatly added to General Antonio Lopez de Santa Anna’s conviction to drive the settlers out of Texas.

While Houston was signing the Texas Declaration of Independence at Washington-on-the-Brazos, Colonel James Bowie, Lt. Colonel William Barrett Travis, and Davy Crockett led over 200 Texians during their last stand at the Alamo. They were outnumbered by the Mexican army by a ratio of greater than 10:1, yet they held the fort for 13 days until the siege ended on March 6, 1836. All of the Texian fighters were executed and the surviving women and children were told to spread word to the settlers to get out of Texas.

On March 13, General Houston ordered everyone to leave their homes and belongings and to burn them all (so the Mexican army wouldn’t benefit from usage). The settlers fled eastward, and their flight became known as the Runaway Scrape.

Two weeks later, Santa Anna ordered the execution of 345 men at Goliad. Similar outcomes occurred at the battles of Refugio and Coleto. In all, 400 were executed.

On April 21, 1836, General Houston and his modestly-sized volunteer army surprised and defeated the Mexican army at the Battle of San Jacinto amidst cries of “Remember the Alamo!” and “Remember Goliad!”

It’s been said that in order to see ahead, you must first look back from whence you came. If that’s true, then Texas has a bright future since it was not that long ago that many exhibited valiant qualities in claiming Texas’ Independence. Texas’ history is so rich that this abbreviated sampling is an injustice. When you delve into it more, you’ll gain a greater appreciation for it just as we have.

The Come And Take It Flag 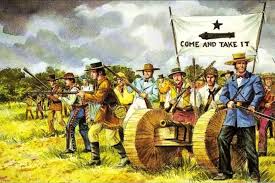 Almost instantly after Colonel John Henry Moore uttered the challenge “Come and take it”, it became a popular slogan used in the Texas Revolution. Not only was it popular slogan back then, but the flag, originally fashioned out of a wedding dress, featuring a black star, canon, and the daring motto still represents Texas’ independent spirit today!